In meekness the servant of the Lord should instruct those who oppose themselves.
(2 Timothy 2:25)

How might those of us in Jesus oppose ourselves?

Let’s look at how we oppose ourselves with our foolish ideas of God’s character.

If you have ever heard someone say, “My god would never …” or “the god I worship would not …” then you will recognize how important it is to accurately know God and his character. When we misunderstand the God who made the heavens and earth and attribute qualities to him that are incorrect — or worse, slanderous — then we have created a little god, a different god, a god that more closely reflects our character than his.

We change. Our minds, bodies, and feelings change. Our attitudes and beliefs about God change. But God never changes. He is the same today as he was light years ago and will be light years from now. God is constant. He never wavers.

The Father of the heavenly lights does not change. (James 1:17)

Jesus Christ is the same yesterday and today and forever. (Hebrews 13:8)

We oppose ourselves and create barriers for our success when we change our view of God from who he is to who we wish he were. When we change God to fit our view of who we think he should be, we are creating an idol and idols have no power. Our little gods cannot help us sell more books or bring a harvest of blessings. Only God can do the miraculous. When we accept that he is the God of consistency, the God who never changes, who never tires, who never gives up and quits on us, we tap into the same power that created planets and stars and all that is good.

God Is All Powerful

All things were made by him. Without him was not any thing made that was made. (John 1:3)

There is nothing too difficult for God. No mistake, no poor book launch, no amount of negative reviews can prevent God from acting on your behalf. All things are made by him. If we lack anything, we should ask him. He gives generously to all without finding fault. (James 1:5) But when we fail to plug into his power, when we fail to ask — when we think it is beneath us to ask — we oppose ourselves.

Let us begin to ask God today to use his power for our good in order that we might do his will more perfectly. (Romans 8:28)

God Is Full of Perfect Wisdom

The depth of the riches of the wisdom and knowledge are God’s! How unsearchable his judgments, and his paths beyond tracing out! (Romans 11:33)

There are so many wonderful qualities of God that is perhaps easier to say:

Anytime we think less of God than he is, we oppose ourselves and hinder our success. Anytime we believe he wants less for us, we oppose ourselves and hinder our success. Worse, in doing so we diminish the sacrifice Jesus made on the cross. He came that we may have life, and have a life so full that it’s pressed into our hearts and flowing out.” (John 10:10)

Know the character of God. Read his word and you will see him for who he is. Read the words of Jesus and you will gain a larger picture of God and his fullness. Finally, if you are in Christ, then pray that you may be filled with all the fullness of God. (Ephesians 3:19-21) When we reach this level of completeness in Christ, we will no longer have any desire to oppose ourselves.

In meekness the servant of the Lord should instruct those who oppose themselves.
(2 Timothy 2:25)

How might those of us in Jesus oppose ourselves?

Let’s look at how our words oppose ourselves. The Kingdom of God is voice activated. Words matter. Words create.  All of what we know of heaven and earth began with a word from God.

God said, “Let there be light,” and there was light. (Genesis 1)

Throughout all of chapter one of Genesis God speaks and things are. Light, sky, dry land, seas, plants and trees — the Sun, Moon and stars — creatures that live in the sea and creatures that fly.

Our words also create: ideas, concepts, stories … our words inspire, encourage, renew hope. But our words also can dull eyes, ears, and hearts, discourage, and destroy life. In writing, in our work, the words we speak reflect what we expect to happen.

The woman with an issue of blood said, If I may touch but his clothes, I shall be whole. (Mark 5:28)

Our words spoken aloud and silently make us whole, give us sight, cleanse us of all unrighteousness when the focus of our faith is in Jesus.

A popular commercial asks: “What’s in your wallet.” Perhaps it’s time we ask: “What’s in my heart?”

Out of the abundance of the heart the mouth speaks. (Matthew 12:34)

Guard your heart with all diligence, for out of your heart flow the issues of life. (Proverbs 4:23)

“The Spirit gives life. The flesh counts for nothing. The words I have spoken to you—they are full of the Spirit and life.” – Jesus (John 6:63)

The next time someone pays you a compliment, do not say, “Oh, it was nothing.” Our actions are something. They spring from our heart. And if we are filled with the Spirit of Jesus, life is in our words.

If you believe your books, your writing, your blog, your talks, sermons, conversations with others are of value, declare it to yourself. Accept compliments from others. Rejoice and praise Jesus when you win awards, receive a positive review, receive a book contract.

Work with God. Work with yourself. When we do this, our work will prosper.

You will always be above, never beneath. (Deuteronomy 28:13)

Therefore, you have removed our sins from us (Psalm 103:12), we claim this mighty promise that we will always be above, never beneath.

To our books we say, “Rise, you books! Be above! Stand at the top of lists! Conquer all categories! Glorify God with your virtue, might, strength, purpose, and truth!”

Thank you, Lord, for breathing life into our books and for placing our books above all others. 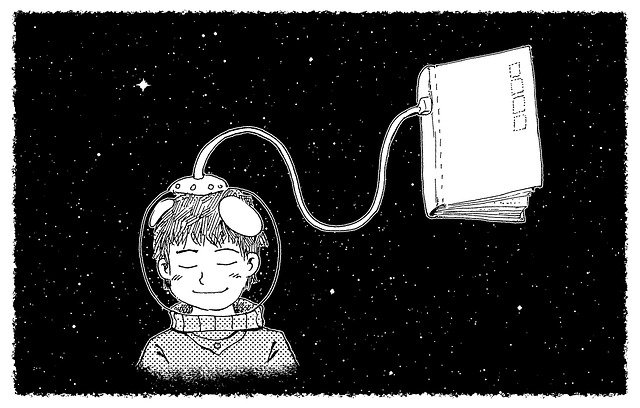 Does your book seem dead? Breathe life into it with the words of God.

God formed man of dust from the ground. He breathed life into the man’s nostrils. (Genesis 2:7) God gives life and breath and all things to people. (Acts 17:25) Because the breath of the Lord blows on the grass, it withers. Flowers fall. (Isaiah 40:7)

If the breathe of God can cause flowers and grass to shrivel and die, he can also breathe life into grass, flowers, and books.

Are not books made of paper? Is paper not made from pulp? Does not pulp come from trees? Your book is a living organism. Or was.

Then watch the mighty power of God work on your behalf.

We think in linear time: beginning, middle, end —Act 1, Act 2, Act 3 – sequel. But with God and Jesus time is not a constraint but a canvas. What God speaks into existence has no beginning and end. At least not until he determines its lifespan.

Consider for a moment that your words are eternal. That what you speak and write goes forth and goes back, is the power of life and death for tomorrow, yesterday, and today. (Proverbs 18:21)

Early in his ministry Jesus visited Cana in Galilee. On the third day a wedding took place with Jesus and his disciples in attendance. When the wine ran out, Jesus’ mother said to him, “They have no more wine.”

Nearby stood six stone water jars, the kind used by the Jews for ceremonial washing. In the Book of Exodus we learn that Aaron and his sons were to wash their hands and feet with water before entering the tent of meeting. They did this so they would not go into the holy glory and presence of God and be struck dead. (Exodus 30:19-20)

To all but his mother and a few disciples, Jesus is but a common man. An individual rumored to be a bastard child. A nobody from Nazareth, a backwater town of little importance.

Jesus said to the servants, “Fill the jars with water”; so they filled the six stone jars, each holding from twenty to thirty gallons to the brim. Then he told them, “Now draw some out and take it to the master of the banquet.”

If you wish to know how faith works, we find it in Jesus’ instructions. “Draw some out. Take it to.”

Two simple directives that carry great risk — for it the servants took washing water to the master of the banquet they would be subject to ridicule at the very least and, depending on their status as servants, the lash.

This is how faith moves from our head to our heart. We may know a great deal about Jesus but until we risk obeying his words, we do not know him, not really.

The master of the banquet tasted the water.

Let us stop and ask:

From the time the servants began walking from the jars to when they reached the master of the banquet, washing water became wine. And not just any wine but the choicest wine. “The best wine is served first,” the master said, “then after the guests have had too much to drink, the cheaper wine, But you have saved the best till now.” (John 2:1-10)

In a moment, with a word, Jesus created the wine’s backstory. The vineyard, the grapes, the harvesting, its pressing, and fermenting all occurred instantly with a word from Jesus, or a sigh, or a silent command.

In the beginning was the Word. The Word was with God. The Word was God. Through the Word all things were made. Without the Word nothing was made that has been made. (John 1:1-3) So we might read the third day of creation in this way.

With a word Jesus commanded water to be changed from a group of two hydrogen atoms and one oxygen atom into flavonols, anthocyanins and tannins. If he can do that with water, he can do it with your book. If he can create good things from what was not, he can breathe life into your book.

Question is, will we speak life into our books and walk in faith, trusting that the power of the spoken word from Jesus will transform a mere book into something excellent?

Or will we keep believing the lie that we are not worthy of the best?

How we respond will determine the success of our book.

Dear friend, I pray that in all respects you may prosper.
(3 John 1:2)