The 26th North Carolina brought 843 men to the field at Gettysburg on July 1. By nightfall 588 men were dead or wounded. The colors fell fourteen times. Only twelve men remained of Company E, all but two wounded. Company F consisted of a single sergeant, Robert Hudspeth. 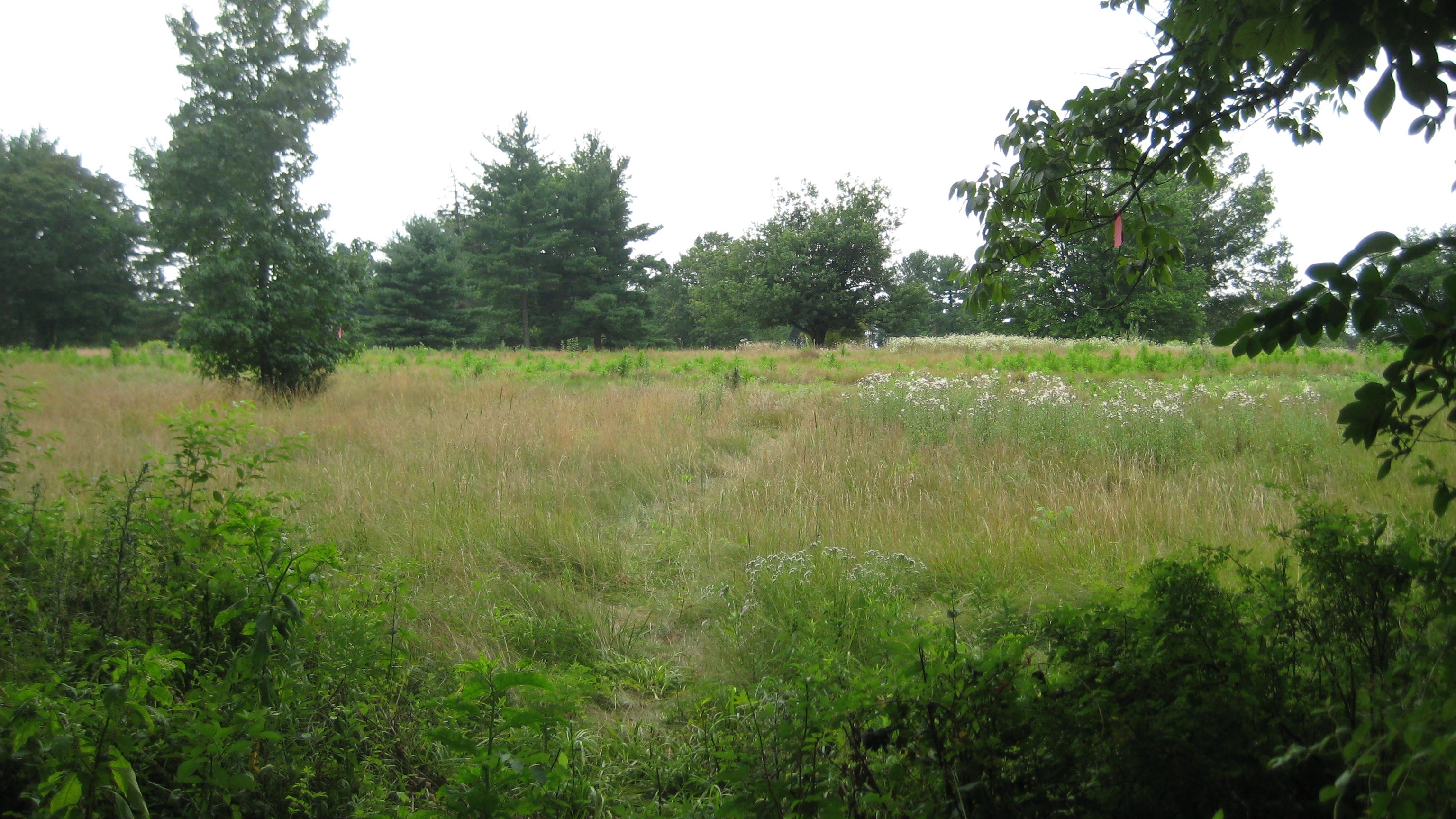 Pettigrew’s Brigade moved toward Gettysburg early on the morning of July 1. Shortly after noon Pettigrew’s men deployed in line of battle on a ridge 60 yards west McPherson’s Woods.

The 26th North Carolina stood on the Brigade’s left flank, on the ridge in front, facing the woods and Willoughby Run. In front was the 24th Michigan of Meredith’s Iron Brigade. The order to advance came around 2:30 p.m. As they approached Willoughby Run the 26th received a galling fire from the opposite bank. By Maj. Jones recalled the enemy “pouring volleys into each other at a distance not greater than 20 paces.”

With Colonel Henry King Burgwyn, the 21-year old “boy general,” taking his place at the center of the regiment, and J.B. Mansfield, the regimental color bearer, advanced with the regiment’s square battle flag. Eight other members of the 26th’s color guard joined Mansfield at the front.

Four members of the 26th’s color guard were killed or wounded before they even reached Willoughby Run.  Private John Stamper grabbed the regiment’s colors as they splashed across the stream but fell before reaching the other side.  Private George Washington Kelly gathered the battle flag and charged ahead but was struck by shrapnel in the leg and fell. L.A. Thomas, gathered the flag up and began to move up the hillside. 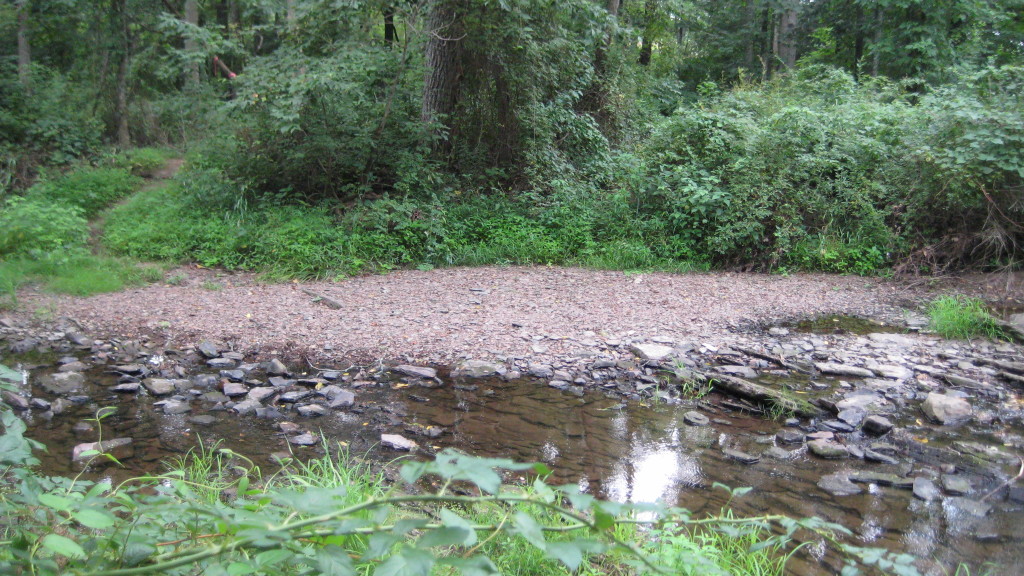 As they approached Willoughby Run the 26th received a galling fire from the opposite bank. By Maj. Jones recalled the enemy “pouring volleys into each other at a distance not greater than 20 paces.”

Thomas was hit; he passed the flag to John Vinson. Enemy fire dropped Vinson. The flag was passed to John Marley. Within a few steps he too fell wounded.  A tenth, unnamed man, hoisted colors.  In ten minutes the 26th North Carolina had lost ten different color bearers.

The men of the 26th North Carolina rushed up the steep bank, coming on “with rapid strides, yelling like demons.” Waiting in the thick woods were the trained rifles of the 24th Michigan and the Iron Brigade.

Seeing the Hardee hats of the Michigan men, some of Burgwyn’s men exclaimed, “here are those damned black hat fellows again.”   With less than fifty yards separating the two lines, the 24th Michigan unleashed a devastating volley upon the 26th.

Standing toe to toe in the deep woods, the two proud regiments poured deadly fire into each other.  Col. Burgwyn, urging his men forward, took up the 26th’s colors.  As Burgwyn turned to hand the flag to Private Frank Honeycutt the “boy colonel” was struck in the chest by a musket ball.  Burgwyn stumbled forward, dropped to his knees, but managed to keep the colors aloft as he attempted to pass them to Honeycutt. A shot to the head felled Honeycutt.

Lieutenant Colonel J.R. Lane, after checking on the mortally wounded Burgwyn, quickly assumed command of the regiment. “Close your men quickly to the left.,” he ordered. “I am going to give them the bayonet,” As the 26th North Carolina’s men prepared for yet another charge, their flag lay on the ground in front. Lieutenant Blair of the 26th, seeing the flag on the ground announced, “no man can take those colors and live.”  Lane picked up the flag and ordered his men forward.

Lieutenant Colonel J.R. Lane, still carrying the regiment’s flag, continued to urge his men forward. Then he, too was struck down, suffering a terrible bullet wound to the back of the neck.  For the fourteenth and final time on July 1st, the colors of the 26th went down. 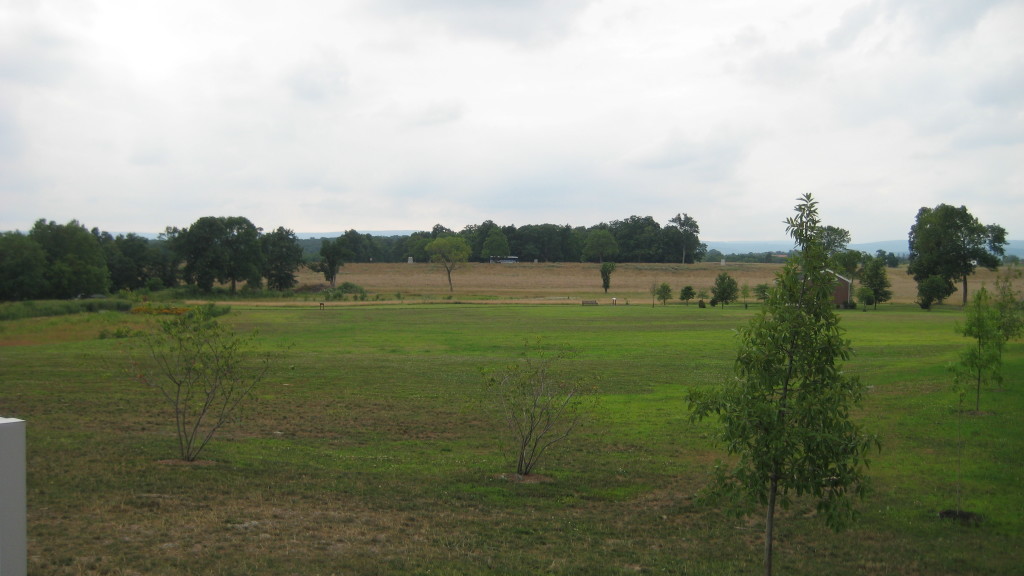 The retreating 24th Michigan broke and began to retreat towards the town of Gettysburg.

All for a supply of shoes. 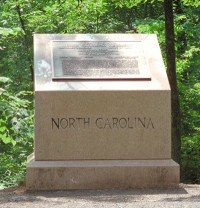 Monument at Gettysburg to the 26th North Carolina

(Much of this information courtesy of: www.civilwar.org/battlefields/gettysburg/gettysburg-2011/the-battle-for-herbst-woods.html)