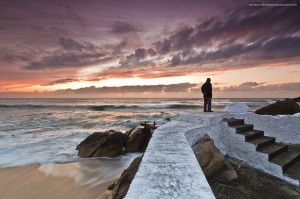 Every hope or dream of the human mind will be fulfilled if it is noble and of God. Oswald Chambers

“When God closes a door, He opens a window. You can jump or be pushed, but out you will go. As one nation under God we appear to be a people teetering on the ledge. Will we fly or fall?”  ~ Eddie Jones

A survey of the cultural landscape might lead some to believe that Christians are not flying; they are fleeing to the hills, caves, and fortresses. Christian book publishers continue to slash payrolls, cancel contracts, and shun new voices.

Churches flounder and fold due to soaring debt, dwindling tithes, and an anemic spirit within the Body of Christ. Christian couples split and sue for joint custody, trampling the “peace that passes understanding” on the courthouse steps. Jobless and joyless, we sit in the pews, mouthing the words of “How Great Thou Art” and wondering, as Gideon did, why has all this happened to us? Where are all God’s wonders that our parents told us about?

Born into the weakest branch of his family tree, Gideon considered himself to be the runt of the litter, and yet God called him a mighty warrior. Could it be that God views us as mighty warriors, too?

For seven years the raiders of the East pillaged the land, stole crops, killed cattle, and forced Gideon’s countrymen to hide in mountain clefts, caves, and forts. Cringing in fear, they slinked away from the battlefield.

Christian businessman Peter J. Daniels notes, “The poverty mentality that has afflicted Christians in wealthy nations is a masterstroke of satanic genius. It has impoverished us for decades. It has denied that every Christian is of royal blood.”* Could it be that God is calling us to emerge from our hiding place?

When the angel of the LORD appeared to Gideon, he didn’t break out into a praise-and-worship song. He didn’t fall face down in wonder. He dared to ask, “If I have found favor in your eyes, give me a sign that it is really you talking to me.” Are we waiting for a sign from God that He is calling us?

Have others noticed a change in you? Do they call you a “care giver,” “encourager,” or “compassionate listener?” Their words may indicate the path God is prompting you to take. Does injustice, oppression, or apathy for a cause or people rouse you? This may be your new mission. Do you feel unqualified, unworthy, or overwhelmed by the challenges of stepping forth to incite change? Ask God’s blessing on your work.

The climax of Gideon’s quest to strike a blow against God’s enemies reads like a military blunder. God commanded this “mighty warrior” to pare down his troops to three hundred: a mere one percent of a thirty thousand man army. But one percent of anything with God by our side is a strategy for success.

“Our protection and prosperity does not come from the sword, or microchip or factories,” says Daniels, “but from the hand of God.”* Is God deploying me? Is He deploying you? Let’s jump from the window and go in the strength He has already supplied.

The LORD turned to him and said, “Go in the strength you have and save Israel out of Midian’s hand. Am I not sending you?” Judges 6:14 (NIV)

(Reprinted with permission from My Father’s Business: 30 Inspirational Stories for Finding God’s Will For Your Life)