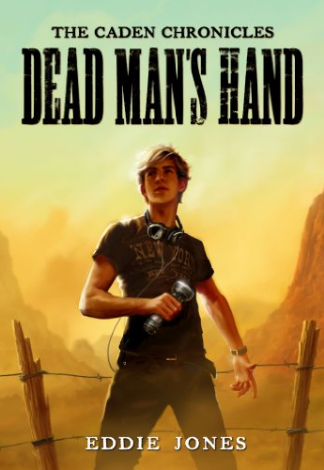 In an authentic old west ghost town where the dead don’t stay dead, Nick Caden uncovers the body of Jesse James … and other deadly secrets.

2013 INSPY Award nominee ( Literature for Young People )
2013 Moonbeam Children’s Book Award nominee
Book Summary
It’s All Just a Show…Right? Just Hollywood theatrics?
“This is an authentic old west ghost town, son. Around these parts the dead don’t stay dead.”Nick Caden’s vacation at Deadwood Canyon Ghost Town takes a deadly turn toward trouble when the fourteen-year-old finds himself trapped in a livery stable with the infamous outlaw Jesse James. The shooter whirls, aims and… vanishes. Great theatrics, Nick thinks, except now he’s alone in the hayloft with the bullet-riddled body of Billy the Kid. And by the time the sheriff arrives, the body disappears.Soon Nick is caught in a deadly chase—from an abandoned gold mine, through forbidden buffalo hunting grounds, and across Rattlesnake Gulch. Around every turn he finds another suspect. Will Nick solve the murder? Will his parents have him committed? Or will the town’s infatuation with Hollywood theatrics conceal the real truth about souls, spirits and the destiny that awaits those who die.