“While they were going out, a man who was demon-possessed and could not talk was brought to Jesus. And when the demon was driven out, the man who had been mute spoke.” Matthew 9:32–33

The term cancel culture gets banded about daily, but perhaps the movement to silence opposing points of view is of a more demonic nature.

The Supreme Court has ruled that incitement, defamation, fraud, obscenity, child pornography, fighting words, and threats are banned speech. “The Brandenburg test was the Supreme Court’s last major statement on what government may do about inflammatory speech that seeks to incite others to lawless action. The Brandenburg test remains the standard used for evaluating attempts by the government to punish inflammatory speech, and it has not been seriously challenged since it was laid down in 1969.” – Wikipedia

Recently, however, private companies have begun to forbid speech of a certain nature (God, Jesus, certain Bible verses) that falls outside the Brandenburg test. One of the leading monitors and censors of this is Amazon. In a recent push the company began censoring ads and books that promote the transforming power of Jesus Christ. In fact  “transforming” “transformation” and “conversion” appear to be words flagged in Amazon’s algorithm. Below is a screenshot from Amazon’s ad team.

The offending language in this ad is the claim that God can help those struggling with addiction and find healing–which is one of the reasons Christ came.

“Find healing and hope regardless of your addiction. Allow God to invade those dark thoughts that condemn you. Begin your faith journey today.“

Amazon cites the ad because it targets “customers based on certain personal characteristics.”

By this standard we might expect that ads for expectant mothers to be banned. Dealing with cancer? Sorry, no ads for cancer books. Feeling a little large around the waste? No ads for dieting books.

Except on Amazon you will find ads for dieting books, and cancer books, and pregnancy books. Clearly “customers based on certain personal characteristics” is not the real culprit. If not, what is?

I suggest the offending phrase is “Allow God.” I say this because I have faced the Amazon ad censors before. When I ran Lighthouse Publishing of the Carolinas, Amazon randomly banned ads for Conversations With Jesus, a 365 day teen devotional. The approval or disapproval seemed to depend on who at Amazon read the ad that day. Amazon blocked other ads with the words “God” “Jesus” or which promoted the transforming power of Christ.

My point is not to bash Amazon. I have friends, believers in Christ, who work for Amazon. If not for Amazon, LPC would never have grown like it has. Amazon is a business. For authors and publishers, Amazon is like Rome. It makes the rules, enforces the rules, and banishes or destroys those who violate its rules.

But the day is coming, and I think soon, when Amazon will ban the Bible and all Christian content. Others claim Amazon earns too much money from Bible sales to ban it from their site. Except Amazon has already banned the Bible.

If you go to: amazon.cn and search for Bibles you will see a long list of Bibles from which to choose. This might lead you to think you can buy a Bible in China from Amazon. You cannot. Those inside China see a “no results” response to their search for the Bible. Amazon does not need the revenue from Bible and Christian book sales. Amazon needs happy customers and based on current cultural trends, most Amazon shoppers would gladly applaud Amazon for pulling Christian content from its U.S. site.

Thus the need for a site where authors can feature all works that honor and respect God and Christ, offer online chats with readers, stream live video events, feature video trailers and promotions, and publicize events. Imagine if Goodreads married Bookbub and their offspring produced a site similar in appearance to Amazon but without the commerce aspect. That is my vision.

In March 70 AD God’s people thought the protection and peace they enjoyed would continue to last. The destruction that followed was one half of a prophetic warning from Christ. The rest of his warning remains for some date in the future. “There will be great distress, unequaled from the beginning of the world until now—and never to be equaled again.” Matthew 24:21

For those who have their ears to the ground, we hear the distant thud-thud-thud of Romans soldiers approaching. Let us prepare while there is still time.

By the way the book Amazon refused to advertise is: Faith House: A Journey of Faith In Addiction Recovery. Nice book, nice author, and a believer trusting God for provision and sales. 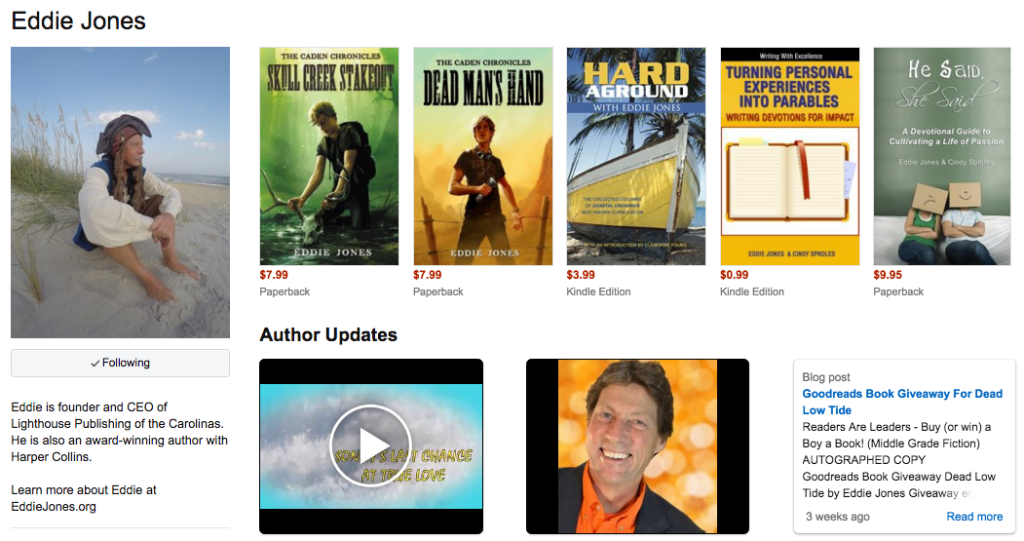 Whether you are a traditionally published or self published, if you have at least one book released on Amazon you can set up your Author page. It’s FREE, hosted on one of the world’s most popular websites (Amazon), and does not require any special knowledge of web page coding.

From your Author Page you can:

To add books to your bibliography, claim your books in Author Central (you can do this via your book’s ISBN or title) Then:

We encourage you to add or update information about yourself for your Amazon Author Page. Here’s some quick links to important places:

Add a video book trailer to your author page. You can also share video interviews, book signing videos, and other videos with visitors. Your videos should focus on specific features of your books or your experience as an author.

The Books tab in Author Central lists all your books. If any of the books display incorrect information or are not correctly assigned to you, it’s easy to correct.

These are the books on Amazon’s (your-name-here) page. Click on any book below to view additional product details or submit corrections.

Are we missing a book?

If a book you’ve written does not appear in the selection below, you may add it now. Please note that only one edition of each work is shown in this list. Click an edition to make sure all related editions are also listed.

In the Search field, enter the book title, ISBN, or author name and click Go.

Once you’ve found the missing title, click “This is my book” below that book. If Amazon’s catalog lists your name as the author, you’re all set.

Amazon recommends you write your bio offline and keep a saved copy. Once you have proofed your bio, copy the text and paste it onto the Author Central Profile Page. Click on the Author Page tab, then edit  “Biography.”

Eddie is founder and CEO of Lighthouse Publishing of the Carolinas. He is also an award-winning author with Harper Collins.

Learn more about Eddie at EddieJones.org

Please follow the below guidelines to ensure your submission is acceptable:

Click Preview biography to review your work. When you’re satisfied, click Save biography. Your uploaded biography will appear on the Author Page within 30 minutes.

Promote your blog from your Amazon author page. When you add your blog’s RSS feed, your latest posts will appear on your Amazon author page. Author Central supports all versions of RSS and Atom blog feeds. Posts created before you add this feed will not be imported. If you want previous posts to appear on the Author Page, you will need to re-post them on your home blog.

Specify an RSS feed for your blog

When you add a blog feed, you are linking to a blog you’ve created elsewhere. Whenever you update your blog, the blog teasers that appear on the Author Page on Amazon.com update automatically, within 24 hours of being posted on your blog.

Announce your speaking appearances and book tour stops. Keep your events calendar current. This gives readers a chance to connect with you in person. Plus, groups, schools and churches may invite you to speak!

After you’ve created an event, it will be displayed in the Scheduled Events section. Customers can see the detail of the Event: Venue, location, time, a short description of the event, and the book you’re touring with. This information appears on the Author Page and on BookTour.com. Your personal information is not shared with BookTour.com and remains confidential.

Your Author Central page is your book signing table at the front of the world’s largest bookseller. Use it! 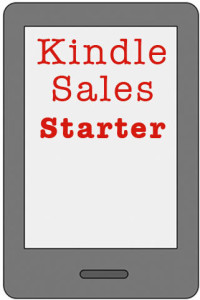 It’s no secret that Kindle is the secret to your book’s success. Some authors still hold out hope that bookstores will rebound and carry their book, but the fact is, most bookstores do not want books from small houses and unknown authors. Bookstores want best-selling books from big-name authors. The good news is, you can still make your book a “blessed-selling” success. All it takes is effort, friends / family, a small amount of money, and persistence. Let’s look at the process.
(Note: this exclusive blog is restricted to LPC authors. Sorry 🙁