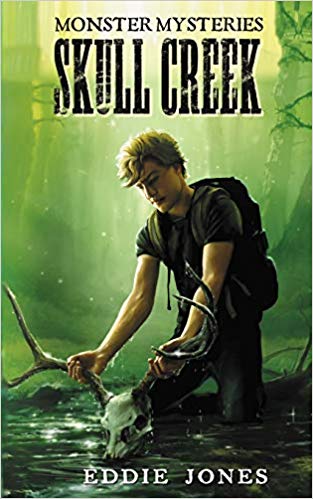 In Transylvania, North Carolina, Nick Caden finds a murder victim with fangs, bite marks and a stake driven through its heart. There are no such things as vampires … are there?

After solving the ghost story murder at Deadwood Canyon, Nick lands a job as a roving reporter for The Cool Ghoul Gazette, a website / app that covers paranormal events and supernatural disturbances (that may or may not have actually happened). When the editor sends Nick to investigate a murder in Transylvania, North Carolina, the young super sleuth finds a corpse with fangs, bite marks and a stake driven through its heart.

But once he begins to peel back the clues surrounding the murder Nick finds his new job is not only dangerous but could suck the life out of him.

Awards for the Monster Mysteries series

Readers Are Leaders – Buy a Boy a Book!