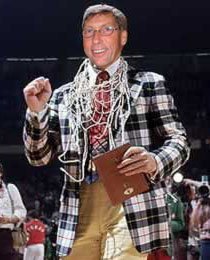 Did you like to read books when you were a child? If so, what type of book did you enjoy?

I read Tom Sawyer every year for like six years. It was my book report from 7th grade until I graduated high school. I also read Charlie Brown cartoons (back when Charlie had that huge moon head), Mad Magazine, Civil War magazines and books I ordered from school. Still have most of the books I ordered from school forms, including a Munsters novel. In fact, one of the neat things about the Caden Chronicles series is how much the three books, Dead Man’s Hand, Skull Creek Stakeout, and Dead Low Tide, remind me of those books I purchased at school.

Your first application for college admission to NC State was rejected but they finally let you in. You failed Freshman English twice. Yet you persevered and graduated with a degree in journalism. What advice would you offer to young people who enjoy storytelling but struggle with the mechanics of writing?

Turns out learning proper grammar is important. Without the basic skills you look stupid. Not that you are. It’s not that you cannot write. But the reader and editor may assume you are an unskilled writer. So work on the craft, improve on your story-telling skills, and hire a proof editor before submitting your manuscript to an agent or editor. The key thing to remember is that story trumps grammar but grammar will get you bumped from consideration.

How essential is it to earn a college degree (in writing) if one wants to pursue a writing career?

Not at all. Unless you intend to pursue a career in journalism the degree doesn’t matter. An editor or agent has yet to ask me if I majored in English or journalism. That’s the beauty of writing – it’s color blind, gender neutral and educationally unbiased. All the reader cares about is a good story.

How old were you when you became serious about writing professionally?

About five years ago. Ann Tatlock, a two-time Christy award winning author, asked me when I was going to quit my day job and write full time. I heard God in Ann’s sweet voice so I went home, sold my business, and began writing novels full time.

What advice would you give to teens wanting to become novelist?

Read books that make you laugh, cower with fear, cry and challenge you to become a better person. Then study how those authors write the story and phrases the sentences. I keep a highlighter with me at all times. I mark passages and dog-ear pages for quick reference. I also read a lot on my Kindle and highlight passages there, too.

Attend writers’ conferences, network with published authors, meet editors and agents. Finally, write. If you write 1000 words a day, five days a week, in four months you will have the rough draft of a novel. No one has ever published an unwritten novel, so write.

As an Acquisition Editor, Lighthouse Publishing of the Carolinas would you ever consider publishing a novel written by a teen?

Actually, we signed an author three years ago when she was sixteen. Her debut novel, Purple Moon, releases this September. We signed another young man last fall. He is working with our editors now. So yes, as an acquisition editor I am always seeking new, young writers.

What was the greatest thing you learned at school?

That friends are more important than knowledge. Seriously, you will continue to learn throughout your life so if you missed some things in school (as I did), you can always catch up. But you only have a few years to develop those childhood friendships. I still count my high school friends as my inner circle – those who knew me before I became a dull adult. If I were to fix the education system in this country I would start with relationships. Once we have a sense of belonging and value we can learn.

What is the best piece of advice you ever received from another author?

Quit your day job. Steven James told me this six years ago. His point was, if you don’t have a fall back plan you’ll find a way to make a living as a writer. He is correct – not to mention a very successful author.

For those who are unfamiliar with your novel, Skull Creek Stakeout, how would you introduce it?

First, it’s a fun, fast read aimed for middle school boys. I think girls and moms will enjoy it too: we’re getting nice reviews on Goodreads from teachers and mothers. The story begins when a body is found on a golf course in Transylvania, North Carolina. The victim is discovered with a wooden stake driven through his heart, fangs and bite marks on his neck. Nick is called in to solve the murder. My friend Tim Shoemaker (author of Code of Silence and Back Before Dark) called Skull Creek a cross between Scooby Dooby Doo meets Indiana Jones.

My aim is to give boys a book they can enjoy, one taps into today’s fascination with the occult. Each book in the Caden Chronicles series involves one element of the supernatural.

What was one of the most surprising things you learned in creating Nick?

That I misnamed him. In the first manuscript I sent to Zonderkidz I named the main character Boyce Kindle. Forget why. The publisher tested the name with readers and Boyce lost big time so I changed it to Nick. We dropped Kindle due to copyright concerns with Amazon and went with Caden.

Why do you feel you had to tell this story?

My goal with Caden Chronicles series is to give readers (boys especially) a fast, fun read. In middle school I had to do a book report once a year. I’m hoping teens and tweens can read a one of my books in a weekend (and I’ve heard some kids read it over night) and write a report on it. Basically, I’m trying to make it easy for them to complete a writing assignment.

With regards to the theme and importance of the story, I want kids and parents to discuss paranormal themes: ghosts, vampires, zombies, etc. I want to bring in a Biblical perspective on this. Not to preach, but to show how all these concepts can be found in the Bible and that scripture probably played a role in the development of the paranormal craze. For example, in the Skull Creek Stakeout, I explore the idea of gaining eternal life through drinking blood. Turns out Christ introduced this idea in the Upper Room when he said, “Drink my blood, eat my flesh.” He meant you would have no part of Him unless you surrendered your life to Him. And that’s sort of what vampirism is all about – the giving over of ourselves to another individual. Only with vampirism you are eternally damned, not saved. So in the Skull Creek Stakeout I show how vampirism has perverted the principle of eternal life that Christ introduced 2000 years ago.

If you could introduce one of your characters to any character from another book, who would it be and why?

I’d love to have Tom Sawyer make a cameo appearance in the Caden Chronicles. I’m a huge fan of Tom and think he and Nick would hit it off. But then they’d end up fighting over the girl and be rivals for a while but then they’d work it out and be best buds at the end.