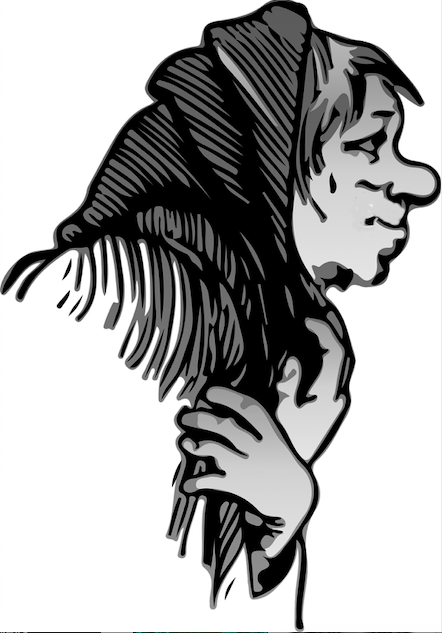 Though the ship upon which I was meant to board would sail soon, I could not risk leaving the rooftop without being discovered.

The banging below in the home of the leper woman continued until at last the owner on whose roof I crouched stepped into the street. After the home’s owner called for quiet, a door slammed next door and men departed up the alley, cursing as they trod past.

My chance had come. I would make my way towards the waterfront and inquire as to which ship might soon be departing. But as I began to back down the roof’s ladder, I recalled a time when others crowded about on rooftops watching for the Teacher to pass by.

On that day Jesus had gone into the Capernaum and began to teach in the jewish synagogue. Because he taught as one who had authority and not as the teachers of the law, people found themselves amazed at how he opened the Scriptures.

While speaking, a man possessed by an unclean spirit cried out, “What do you want with us, Jesus of Nazareth? Have you come to destroy us? I know who you are—the Holy One of God!”

At the time I thought it odd that filthy spirits knew Jesus to be the Father’s Son but the religious rulers did not.

“Be quiet! Come out of him!” Jesus commanded.

At once the spirit shook the man violently and with a shriek escaped. Where the spirit went, I do not know. But within moments the man was back in his right mind and as calm as though he’d never been tormented at all.

Many wondered aloud at what they had witnessed. “Is this a new teaching and with authority,” one asked. “Not even the Pharisees can cast out such spirits with simply a word,” another remarked.

News spread quickly over the whole region of Galilee and soon many came to be healed. Even Simon’s mother-in-law who was in bed with a fever, found herself healed by the Teacher’s touch. Once the fever left, she arose and began to wait on Jesus and his disciples.

By sunset the whole town had gathered at the door. People brought all the sick and demon-possessed to the home and the Teacher healed all, though because the demon spirits knew who he was, he forbade them speak of his glory.

All this I considered while in the distance a bell clanged three times.

I knew from our passage at the port of Sidon that once a ship’s bell tolls, her lines will soon be let go. If I were to make the ship and escape back home I needed to hurry.

Certain no one below was watching, I backed down the ladder. Once more I searched the narrow alley for any of the mob who might be loitering. Then easing around to the front, I softly rapped two times on the door, waited and then rapped three more times.

“You have returned,” the leper woman said. “If it is directions to your ship that you seek, you only need to go to the end of this alley and turn—”

I forced my way in and pushed the door shut behind.

She had placed the table back beside her mat, which was now tossed and missing some of its straw. In my haste to leave I’d left several of the roof tiles askew, but with the table and candle so far removed, the men had not noticed.

“If you are willing,” I said, “the Teacher can make you clean.”

With wet eyes reflecting the candles dancing light, she reached out her hands and clasped mine.

“I am willing,” she said softly.

With eyes closed I looked up. “Jesus, my Lord, the Messiah, the Christ, you alone are righteous. In you we put on our new self, which was created by the Father for this very purpose. We have died to our sins in order that we might live for righteousness. It is by your stripes that we are healed. Father, you did not send your Son to condemn the world, but that the world through Him might be saved. Where there is righteousness, sin and sickness cannot remain. No one who is born of the Father will continue to sin, because his seed remains in them. They cannot go on sinning, because they have been born of God. For this reason with the power and authority of my Lord, I declare that Jesus has forgiven this woman of her sins. By the blood of Jesus, my sister, you are forgiven, healed and made whole.”

Her fingers grew strangely warm, but I only had a moment to consider this, for suddenly a clanging bell warned of a ship’s impending departure.

Without another word, I escaped into the alley, slipped around back, and fled into the narrow corridor that separated the homes. Only when I reached the end of the alley did I hear the woman’s cries of joy echoing in the street, “I’m healed! I’m healed!”

With haste I turned in the direction of the wharf and sprinted towards the smell of the sea.