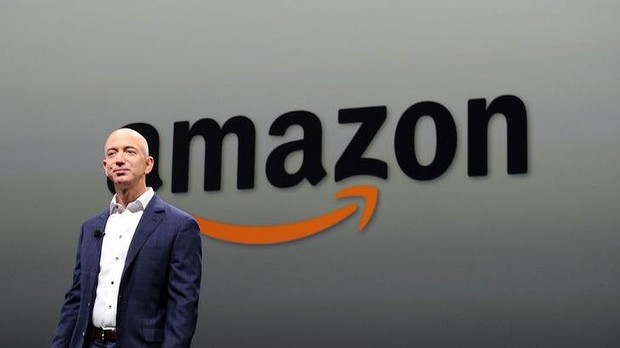 As a bookseller Amazon is in trouble and they have no one to blame but themselves.

First, the good news for authors. Amazon won’t close up shop this year. Or the next. Or maybe forever.

But the calm seas that Amazon enjoyed for the past decade are scuffed with whitecaps.

The long groundswells roiling Amazon’s book selling model are a precursor to a major storm beyond the horizon and that storm is called “Hurricane Boycott”.

Here’s the bad news for Amazon: book publishers don’t like them. Neither do a lot of authors.

Consumers do, sort of, but consumer loyalty in retail is fickle. You need two things in business: demand and supply. Amazon has demand. Lots of it. And why not? They provide great customer service and low prices.

They used to have supply, but when it comes to books, their supply chain could be on the verge of dwindling to self-published authors. Here’s why:

Below is an email I received from Amazon some weeks ago.

“Amazon has made three separate offers to Hachette to take authors out of the middle. (How magnanimous of Amazon – looking out for authors, that way.) We first suggested that we (Amazon and Hachette) jointly make author royalties whole during the term of the dispute. Then we suggested that authors receive 100% of all sales of their titles until this dispute is resolved. (emphasis, mine) Then we suggested that we would return to normal business operations if Amazon and Hachette’s normal share of revenue went to a literacy charity (nice touch, Amazon). But Hachette, and their parent company Lagardere, have quickly and repeatedly dismissed these offers.”

You think? Why would Hachette go back to its authors and forgo all profit on net royalties while at the same time explaining to authors that it was Amazon’s idea?

But (and here’s where Amazon really misread their market) Amazon killed their own eBook model. Time was, if you published an eBook on Kindle and marketed the heck out of it, you could sell thousands. Not anymore. At least not for most authors.

I suspect Amazon’s unstated goal with the KDP Select program was to bury the Nook and possibly put Barnes and Noble out of business. It almost worked. Except that, as the Nook was going the way of Betamax, female readers embraced the B&N’s eReader and saved it. B&N’s core audience is:

Amazon, by comparison, is a Middle Eastern bazaar with a wide mix of consumers –  a place where every transaction is open to negation. “Price too high today? Come back tomorrow.”

To sell an eBook on Amazon these days you have to price it at 99 cents. Bump it up to $1.99 and sales slow drastically. $2.99? Forget it. Price you eBook above $9.99 and risk getting tossed by Amazon.

Amazon has trained consumers to set Google alerts for their favorite authors and wait for 99 cent or free books.

Which brings us back to Amazon’s long-range problem. Amazon works on thin margins and if you believe their financial statements, they’ve yet to earn a significant profit. Thus far, that hasn’t been an issue for investors. But what if Amazon alienates their suppliers? What if book publishers and manufacturers and food suppliers grow tired of losing money by selling through Amazon and go elsewhere, like … direct to consumers? What then?

Look, I’m not saying Amazon will go out of business. I am saying the surge in eBook sales has slowed, margins for book publishers are shrinking, and if everyone self-publishes with Amazon then the phrase “published author” will lose its value.

I doubt that will happen. Publishers will not go away quietly. Most are at work developing new ways to reach consumers – ways that don’t involve Amazon.

And that should encourage all authors.

Thoughts? Tweet: Do you think Amazon is in danger of losing the bookseller war?

6 thoughts on “Is Amazon In Trouble of Losing the Bookseller War?”