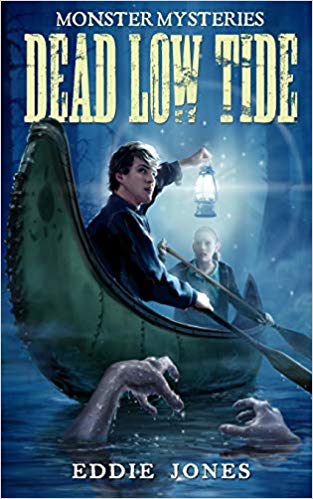 Who knows what the shores will reveal when the tide recedes?On vacation with his parents in Savannah, Georgia, Nick Caden is eager to investigate the mystery surrounding Heidi May Laveau, a girl who supposedly died years ago but whose body just washed up on the shore. (And only days before Savannah’s huge Zombie Crawl.)

Once more, Nick’s curiosity gets the better of him, only this time he brings his sister, Wendy, along to investigate—and she’s taken by what appears to be a zombie of the dead girl!

No one believes Nick when he claims a member of the living dead pulled his sister away in a canoe, even after she proves impossible to find. But this kidnapper has messages for Nick from ‘beyond the grave,’ and he faces the difficult task of sorting fact from fiction before his worst fears come true. It’s a race against the clock to discover where the true danger lies—because the answer might be right under Nick’s nose.