As the hangman’s noose dangles, over his head, Ricky must decide if he should fight or flee. Running seems like the smart move, so bolting from the gallows, he dives head-long into the sea. Now with the lives of misfit orphans in peril and the heart of the governor’s daughter on the line, Ricky faces a battle with pirates — both dead and alive — where the destiny of the living and those yet-to-be born hang in the balance.

Written for the General Market (G) (I): Contains no; sexual dialogue or strong language. May also contain some content of an inspirational/religious nature.

If you drowned and the sea spit you out, thrusting you back into the golden age of piracy, buried treasure and beauty beyond belief… would you stay?

RICKY BRADSHAW has never sailed the Spanish Main, searched for buried treasure or battled pirates on the deck of a Spanish Galleon. He’s never fallen through the floor of Davy Jones’ locker, skippered a pirate vessel, or saved the life of a governor’s daughter.

But all that changes on a snowy Christmas Eve when Ricky falls into the chilly waters of a creek across from his apartment while trying to rescue BARNACLE, a mangy mutt with shrimp breath.

Now Ricky finds himself on a raft in the middle of the Caribbean Sea where there is surprising beauty on every island, danger around every corner and great honor and glory for all who can survive the curse of the Black Avenger.

Written for the General Market (G): Contains no sexual dialogue or strong language. May also contain some content of an inspirational/religious nature. 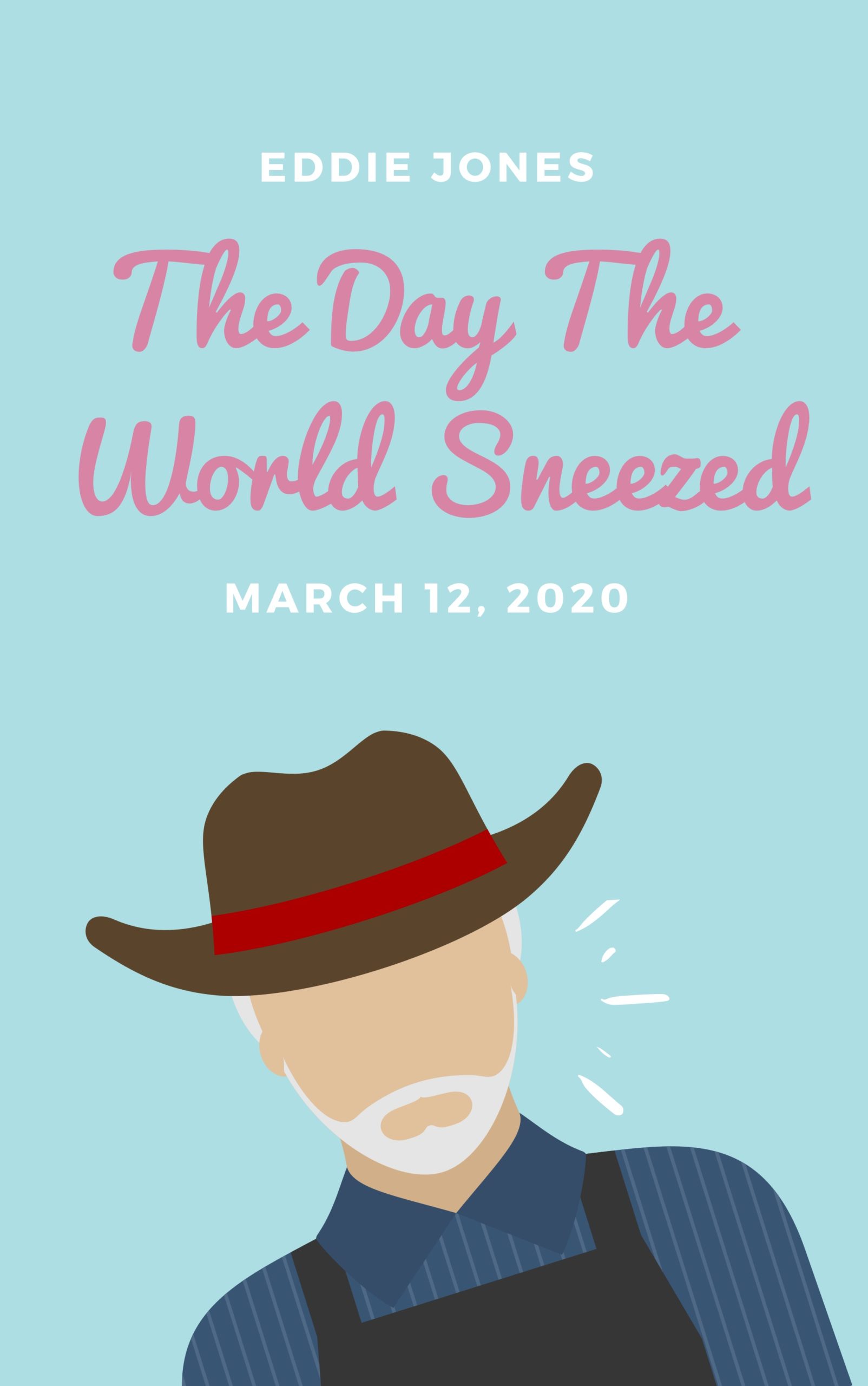 Elmer made a mental note of the date and day the man from the Bureau of Land Management came to his farm: March 12, 2020.

“I’m Mr. Ricks with the Bureau of Land Management. Got a minute to talk?”

“I heard you’re stockpiling cleaning disinfectant. Thought we should talk about that.”

It was a day and visit Elmer would come to regret for the rest of his life. Over the next few weeks Elmer would witness an unprecedented economic collapse, the shocking news that world leaders had fallen ill to the deadly coronavirus, the implosion of the billion dollar industry known as “amateur athletics,” professional sports teams sidelined and forgotten, (all but the Tampa Bay Rays who actually experienced an increase in attendance at Tropicana Field,)  and martial law enforced in major cities as neighbors fought over the basic needs for survival. Amidst the chaos and panic, Lysol would become the liquid gold that saves a nation.

And Elmer had warehouses full of Lysol.

The Day The World Sneezed is Whimsical Almost-End-Times Satire

My Father’s Business by Eddie Jones (Lighthouse Publishing of the Carolinas, 2012)