Bucket List: From the term “kick the bucket” (“to die”) + list, hence a “list of things to do before you die”. The term was coined by American and British screenwriter Justin Zackham in his screenplay for the 2007 film The Bucket List. The first item on his list was to have a screenplay produced at a major Hollywood studio.

Been thinking of all the things I plan to do after I “kick the bucket.” To some the idea of doing anything after we die seems odd. The trend among the young today (anyone younger than me) is to think less and less about heaven. Almost no one wants to think about hell. But before I get to heaven (I’m not going to think about hell), there are some things here on earth I want to do.

Not in my earthly body. My earthly body is not built for the places I wish to go and things I wish to do. For that I’ll need glorified body similar to the one Jesus had during the forty days he walked the earth after he rose from the grave.

I’m hoping I’ll get more than forty days. Here’s the start of my list. 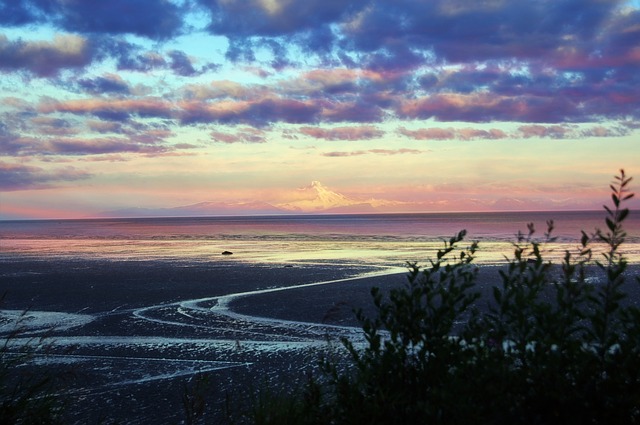 Kenai Peninsula: 60.0858° N, 151.3823° W
Surf river mouths along the Kenai Peninsula. In this body the water is too cold, the bears too close, and getting there can take a while. In Body 2.0 I could zip there instantly (yes, teleporting is a thing in the Bible both in Body 1.0 and Body 2.0) If polar bears begin crowding the lineup, I’ll simply move down the beach. I doubt there will be a crowd of human surfers out. But if there are, if it turns out more than I expect take God up on his generous offer, I’ll move on to . . . 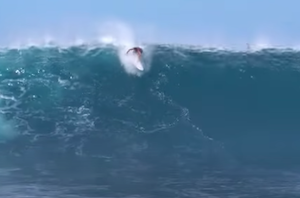 Pipeline: 21.5617° N, 158.0716° W
Surfing Pipe has been a life-long dream of mine. For a time I thought I might make it out to the North Shore of Oahu but then life and a severe lack of funds (but not fun) got in the way. These days the crowds are such that I would never have the time to get the place wired. The break is close to the beach but with my new Body 2.0 punching through the shore break and up the face without getting pitched is definitely possible.

Tavarua, Fiji. Latitude: -17.8577° N, 177.2018° W
Cloudbreak is a heavy wave that breaks in Tavarua, a 29-acre heart-shaped island located five miles off the western shore of Viti Levu, Fiji’s main island. When it’s big the only way to get into the wave is with a jet ski. I’m hoping with my new Body 2.0 I’ll get Super Jesus strength and be able to paddle in. Won’t know until I try. Good thing is, when I go over the falls I won’t die. Might take several hundred years to get Cloudbreak wired. 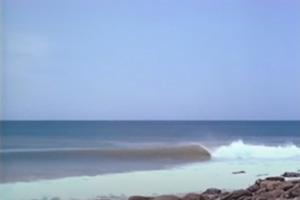 Cape St. Francis 34.2062° S, 24.8300° E
Cape St. Francis birthed a generation of men and women who went in search of the perfect wave. For years we (YES! I BELIEVE!) thought that if only we could get to  Cape St. Francis we would find the perfect right-hand break. As Matt Warshaw in History of Surfing tells it, “Brown, Hynson and August checked into a beachfront hostel. The following morning, Hynson noticed a likely-looking break a mile or so to the south, walked up by himself, started riding, and was soon joined by the others. Ninety minutes later, the wave shut down. And that was it for their visit. With nothing to surf the next day, they all spent two or three hours marching up and down the dunes for the camera; Brown had determined overnight that he needed an ex post facto opening sequence to set up their wave score. The remark about Cape St. Francis surf being good 300 days a year—Brown pulled that out of thin air a few months later, while writing the voice-over.” No matter. There are perfect waves out there just waiting to be surfed. In my Endless Summer of eternity, I plan to find that day when Hynson and August surfed those “funny looking waves.” 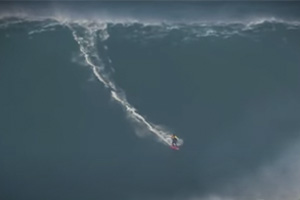 Nazaré, Portugal 39.6012° N, 9.0701° W
Born in a canyon under the sea more than three miles deep that extends from near shore, west for about 140 miles and you have the potential for a monster wave. The canyon beneath “Nazare” is half the length of the Grand Canyon but almost three times deeper. As swells roll in from far offshore, over this submarine canyon, the shelves and cliffs funnel the wave squeezing it and increasing the speed of the swell, until a shallow ledge near shore lifts this beast, creating a monster ride.

There you have it, my “after I kick the bucket” list. Hope to see you out there on a day beyond the grave!